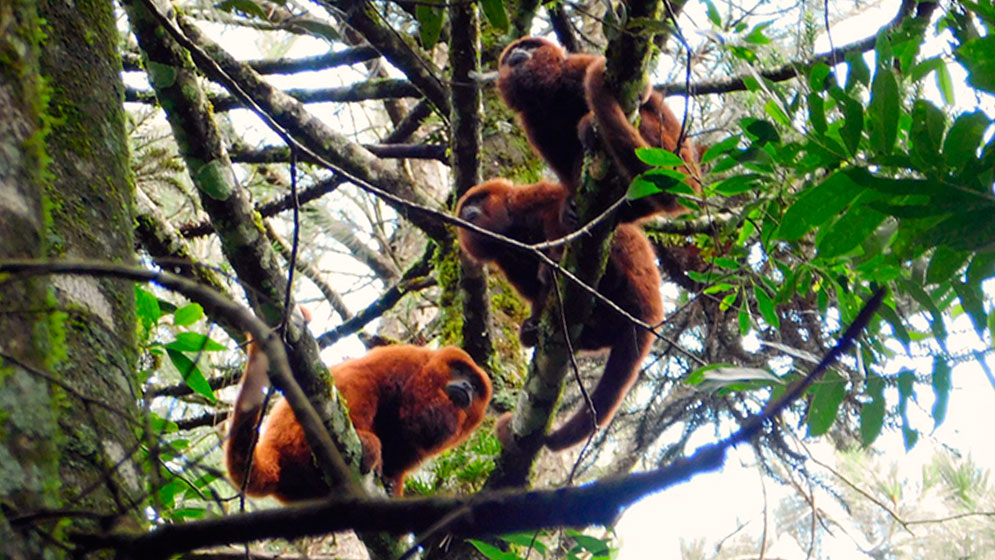 In 2007-2009, an outbreak of yellow fever decimated the local howler monkey populations of the province of Misiones. The Alouatta guariba clamitans and Alouatta caraya, which had been followed and analyzed in the site, appeared dead. But in 2014, there were new records of this species in one of the scientific campaigns carried out in the ‘Piñalito Provincial Park.’

To study the possible causes that allowed some monkeys to resist the virus that causes the disease, a team of researchers from CONICET and universities in the United States analyzed the genetic profile of the survivors and detected mutations in their DNA. The results were recently published in an article in the American Journal of Physical Anthropology.

Enhancing the knowledge about resistance to viruses that migrate from animals to humans (and vice versa) is vital in these times in which the SARS-CoV-2 pandemic forced us to rethink human behaviour. Although the results of this study are preliminar and will demand extensive tests to confirm the hypothesis, they represent an important contribution to knowledge.

“The Alouatta caraya is the most endangered species in Argentina and is included among those with the highest risk of extinction in the world. For this reason, this study seeks to improve our knowledge so as to preserve the few species that resist in the jungle of Misiones,” says Ilaria Agostini, CONICET researcher at the Instituto de Biología Subtropical (IBS, CONICET – UNaM) and one of the authors of the paper.

During the outbreak, the scientists found that the Alouatta caraya were the most affected, so they wondered if the Alouatta guariba clamitans might have a genetic difference that helps them to survive. In order to determine this, they analyzed two genes of the immune system, called TLR7 and TLR8, which recognize and destroy invading viruses in both humans and non-human primates.

Although no genetic variants were found between the surviving monkeys and those that died in the outbreak, comparing the two species of howler showed three mutations in the DNA sequence of Alouatta guariba clamitans individuals. The scientists explain that two of these mutations cause changes in a protein that is involved in detecting the virus. This could affect the immune response to yellow fever and explain why more Alouatta guariba clamitans resisted.

One of the possible hypotheses is that this subspecies of monkeys would have been exposed in the past to a virus that positively selected these genetic mutations. To prove this, it will be necessary to undertake studies with larger samples and in different regions.

Despite the exploratory nature of this study, the authors stress its relevance in a context in which the interaction of humans and wild animals is increasing. Besides, they highlight the usefulness of this information for new management and recovery strategies for monkeys that is being designed in Argentina such as the Primate Conservation Plan, which began in 2019 with the participation of CONICET researchers.

“In the particular case of the Caraya, we must consider that they play a vital role in the caring for the public health of the communities, since they act as epidemiological sentinels of yellow fever. The death of the monkeys in the jungle gives us a first alarm signal, shows us that the virus is circulating and allows us to alert those responsible for health strategies to reinforce vaccination campaigns in the population. Without monkeys and without jungle, the virus will reach humans much more easily,” concludes Agostini.