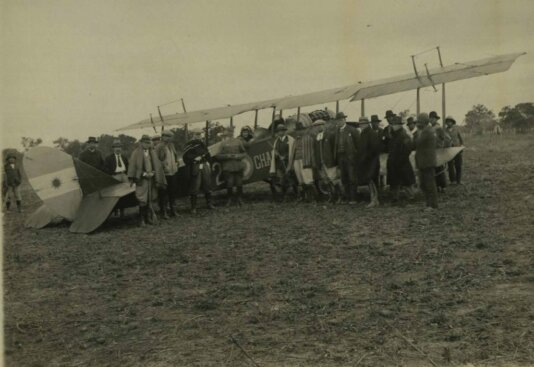 The killing of hundreds of people at Napalpí in Argentina’s Chaco province in 1924 is now being prosecuted as a crime against humanity. This is an unprecedented lawsuit in Latin America that could mark a milestone in the acknowledgment of and compensation for the indigenous genocide.

In an unprecedented trial for Latin America, Argentina is trying as a crime against humanity the Napalpí Massacre, an attack committed in 1924 against indigenous people of the Qom and Moqoit ethnic groups in the current territory of the province of Chaco, which resulted in the death of between 300 and 500 people.

At that time, the government – supported by the police and landowners in the area – shot down from a plane a community that was subjected to a regime of semi-slavery and was demanding better working conditions.

The consequences of this massacre were ignored by both the authorities and official media at the time, and survivors were persecuted and silenced for nearly a hundred years. The trial will constitute a new milestone in history and, as many believe, help pave the way to recognition and reparation for the the atrocities committed against the indigenous communities of Argentina and the Americas.

Fundamental in effecting this momentous opportunity for justice was the contribution of a diverse group of researchers, indigenous community representatives and federal prosecutors who managed to gather valuable testimonies and pen academic works referring to this horrific event. It is a “trial for truth” that is intended to become a stage for reflection and learning for the whole of society, which is why all the hearings are being broadcast live on streaming platforms, making them accessible to the entire country and the world.

Argentina’s experience with truth trials dates back to the late 1990s, when lawsuits were filed in different cities to determine the state’s responsibility for crimes committed during the military dictatorship that governed the country between 1976 and 1983. In compliance with the recommendations of the Inter-American Commission on Human Rights, the state began to respond to the truth claims of the victims of state terrorism.

In the Napalpí case, the truth trial was promoted by the Public Prosecutor’s Office, considering that it is the appropriate mechanism to judge this case since the perpetrators are no longer alive. Therefore, the ultimate objective will be to fulfil the victims’ rights to the truth.

The hearings began on 19 April and will continue through 19 May, moving between different public auditoriums in Chaco and Buenos Aires. More than 50 witnesses have been called to testify to make diverse contributions to the case, including a survivor of the massacre, Rosa Grillo, who is over 110 years old and witnessed the attack as a child.

The case also includes reports made by the Argentine Forensic Anthropology Team (EAAF), a pioneering body in the application of archaeological techniques to cases of human rights violations. The excavations they carried out in Napalpí in 2019 confirmed the presence of human remains in places that coincide with survivors’ descriptions.

The contribution of researchers who tackled the indigenous question in Argentina was also fundamental to the cause. Academic studies carried out by historians and different social scientists over the last decades indicate that an indigenous genocide had been perpetrated in Chaco; one which some of them contend still persists today through, for instance, the erasure of indigenous languages.

THE SIGNIFICANCE OF ORAL TESTIMONIES

To put together the puzzle of what happened in Napalpí on 19 July, 1924, it was essential to gather testimonies from indigenous communities. Survivors recounted that on that day a plane flew over an area where about a thousand women, children, men and elderly people were living and began to drop food and sweets. When the indigenous people came out to pick them up, claimed the survivors, the plane began to shoot at the crowd – killing most of them. Those who survived the torrent of bullets hid in the bushes until they managed to escape. Many of the survivors never spoke again of the macabre atrocity they had experienced.

One of the main figures in this reconstruction process was Juan Chico, a Qom historian who was the link between all the various actors who managed to make the Napalpí Massacre visible. Chico died in June 2021 due to complications from COVID-19, but his legacy reached the trial through his colleagues.

“The function that orality has within our community is fundamental and it is what we will present in the trial as a testimony of what our communities lived through,” Raquel Esquivel, a member of the Qom community who accompanied Juan during fieldwork, told FairPlanet.

Esquivel is presenting the results of interviews she had conducted in her community starting in 2007 when she was a political science student and began to ask herself questions about the past. “My maternal grandmother is Qom and speaks the language, but my mother does not. When I asked her why they hadn’t taught it to her, they told me ‘it was wrong’ and that many people had died because of it,” she recalled. “I didn’t understand much, but when I grew up and studied I found a short text about what had happened in Napalpí and started to investigate. This was a topic that was not talked about in our community.”

Since then, Raquel has been able to conduct interviews with many of the survivors of the massacre and their families. “More than an investigation, for me it was a search for my identity. I went to a school in a city, outside the community. My parents took us out of the countryside to [integrate us with] society, but my skin and my features never allowed me to deny my origin,” she said.

“From the age of 6 I had to face discrimination and although some things have changed, society is still unfair to us. That is why I am confident that this process will help us to begin to heal wounds and overcome the stigmatisation that exists towards indigenous people.”

Zunilda Niremperger is the judge presiding over the trial that is trying to reconstruct the historic event in Chaco. “The intervention of the justice system in cases such as this one is very relevant for the revindication of collective memory. Mainly because it legitimises the voice of the communities, who are often excluded, like so many other vulnerable groups,” Niremperger told FairPlanet.

The trial represents a procedural challenge, however, as it attempts to reconstruct and probe events that occurred more than 90 years ago; furthermore, there are no living defendants. “As a national judge it is a privilege to be able to lead this process which, if what the prosecution and the plaintiffs claim is proven, represents a crime against humanity committed towards a group that presents an intersectionality of vulnerability,” judge Niremperger said.

“Indigenous communities have not only been historically neglected, but have also been victims of violations of all their rights through massacres, policies of extermination and abandonment, which have placed them in socio-economic situations of maximum vulnerability that should be taken into account by all those who work in the state,” she added. “Our goal must be to help balance all these existing asymmetries.”