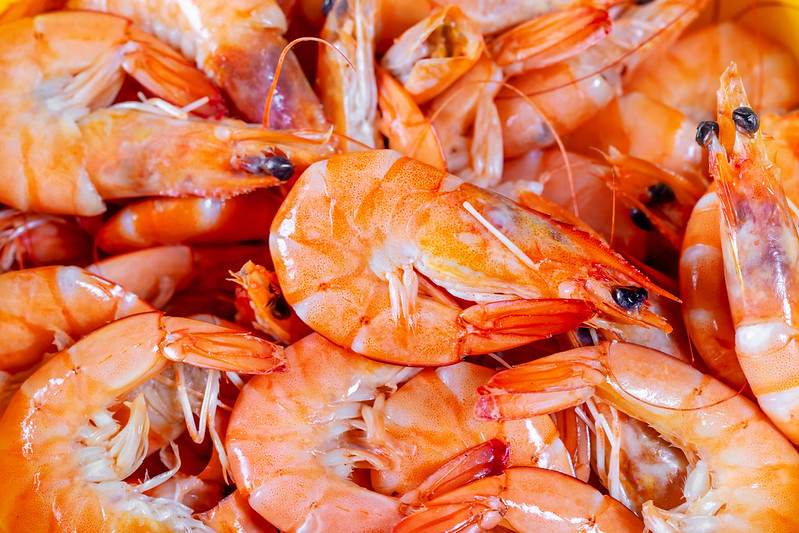 The red shrimp, Argentina’s most valuable fishery produce, generates record-breaking foreign exchange earnings from exports and genuine employment. But as the pandemic progressed, a controversy arose between the government, industry and scientists concerning what are the best measures to protect the species.

Because of its exceptional size and characteristic flavours, the Argentine red shrimp (Pleoticus muelleri) is highly valued in different parts of the world. Recently, catches of this species have grown substantially in the South Atlantic, generating enormous economic income for the country through exports and genuine employment due to the growth of the fishing industry.

However, there is a concern in some sectors about the possible overexploitation of the resource and the consequences that these record-high levels of fishing could bear on the future of a species that is, in many aspects, still unknown. Despite the strict protection measures imposed by the Federal Fisheries Council, there are few instances of enforcement.

While the demand for shrimp is satisfied in different markets with those obtained in artificial hatcheries of the Litopenaeus vannamei species, Argentinians have a particular wild taste and reach sizes of up to 22 centimeters, which make them extremely attractive for markets of in Europe and the United States. Between 2018 and 2019, exports of this crustacean have generated revenues of $1.3 billion and $1 billion, respectively. The figure dropped to $830 million in 2020 due to restrictions imposed during the COVID-19 pandemic, but but recovered in 2021, with nearly $1.2 billion in exports at a record price of over $7,200 per tonne.

Argentina’s fishing industry is increasingly turning to shrimp, which is thus consolidating itself as a multi million-dollar business that generates a significant foreign currency income for the country through exports and around 18,000 high-paying registered jobs – a very attractive fact in a country with high rates of informal work and low incomes. However, uncertainty about how long the country can sustain high catch levels of shrimp without affecting the resource worries business people, researchers and officials alike.

“Maintaining the resource depends on us and that is why we are working hard for. The restrictive fishing measures applied recently allowed us to have these current high levels of catches,” said Adrián Awstin, former secretary of fishing in Chubut – one of the main shrimp catching areas – and current representative of the province before the Federal Fisheries Council.  “The objective is to take care of the resource and prevent what happened with other species, such as hake, which was overfished in the 1990s; it was  then necessary to establish a total closure, which seriously affected the entire work chain.” Awstin claims that the ban on fishing in the San Jorge Gulf, an area between the provinces of Chubut and Santa Cruz that has been identified as a shrimp breeding area, was a key to the increasing number of shrimp being caught in Argentina.

Although catch zones are respected, some fishing practices could be putting the species at risk. Scientists in charge of the Prawn Fishing Programme of the National Institute for Fisheries Research and Development (INIDEP) warned both in an official report and in press statements that the fishing effort increased this season because there was a greater number of boats and trips operating in the same place.

This practice often results in boats catching more shrimp than they can process on board, and they end up discarding them back into the sea, depredating the resource and harming the marine ecosystem. They do so despite the fact that this practice is prohibited by law.

In this regard, the Association of Argentine Federal Shrimp Shipowners (ALFA) denied that the practices of the outrigger trawlers are putting the conservation of the species at risk and pointed out that they were warned only about the need to implement improvements in the handling of the products to maintain quality standards. “The fleet has matured and no one would think of fishing during the shrimp breeding season, but we are constantly working on training for our teams,” said Mariano Retrivi, partner of the Buena Proa company and current President of ALFA. “Techniques are improving and evolving, not only fishing techniques but also handling, conditioning and conservation.”

But news of Argentinian shrimp going to waste is not new. In 2020, due to a protest by maritime workers, around 200 tonnes of shrimp were not processed in time and ended up in a rubbish dump in Puerto Madryn, in Chubut.

Added to this problem is the incidental catch, or bycatch, that occurs when fishing for shrimp. The technique used to fish them is called trawling, by which the seabed is “swept” with a net. This process removes not only the shrimp from the sea but also other fish that swim alongside them, such as hake (Merluccius hubbsi), a species that has not yet recovered from the effects of overfishing in recent decades.

Although there are several studies on the population and reproductive dynamics of this crustacean, the genetic aspects of the species are still unknown. A young researcher from the National University of Southern Patagonia, Estefanía Gesto, is studying the genome of the Argentine shrimp.

“The research is about the genetic variability of the entire distribution of the species, from the state of Espírito Santo in Brazil to the province of Santa Cruz in Argentina,” she explained. “While there are some studies on mitochondrial and nuclear genes, none came to a satisfactory conclusion about the population structure, an essential issue for the management and conservation of the species.”

Gesto’s studies could help explain why the catch levels and size of shrimp caught in Argentina are much higher than those caught in Uruguay or Brazil, where the species is also found.

“So far, management strategies have been defined on the assumption that it is a widely distributed species and that it is a single stock, but our preliminary results indicate that the population in Argentina differs genetically from that of Brazil and that, in turn, at the Uruguayan level we find a secondary contact between the two populations,” Gesto said. “These aspects must be taken into account when defining conservation measures so that the genetic diversity of the species and its ability to adapt are not lost.”