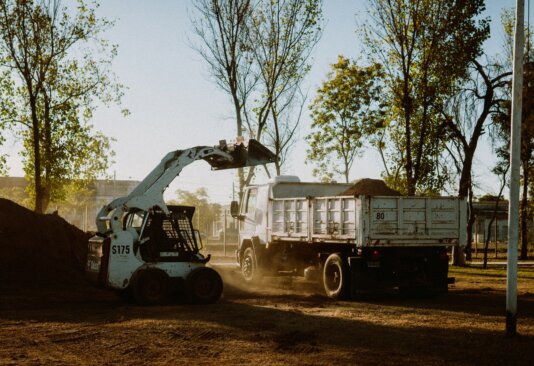 Argentina’s Gran Chaco has one of the highest deforestation rates in the continent. Now, local and international networks are working to prevent an irreparable environmental loss.

After the Amazon, the Gran Chaco is the largest and most biodiverse ecoregion in the Americas. It is also the most threatened due to the conversion of natural environments into productive fields for the cultivation of commodities for export, such as soy and beef.

More than half of this enormous ecoregion, which covers more than one million square kilometres, is located in Argentina, where a law on native forests was passed 15 years ago, establishing a regulation that has been unevenly implemented.

Deforestation did not stop even during the COVID-19 pandemic, and NGOs such as Greenpeace have denounced the expansion of the agro-livestock frontier in the region.

According to a report by Argentina’s Ministry of Environment, a total of 6.5 million hectares of native forests were lost in the country between 1998 and 2018. Nearly 90 percent of this area is located in the Chaco region, which includes the provinces of Santiago del Estero, Salta, Chaco and Formosa.

The Gran Chaco continues to be a neglected and impoverished region, but its natural wealth is gaining relevance on local and international agendas due to the significance of its environmental services.

Several projects are now bringing together public and private actors interested in halting the devastation of these ecosystems and improving the living conditions of its inhabitants, including indigenous communities.

A LOCAL NETWORK FOR SUSTAINABLE DEVELOPMENT

Twenty years ago, representatives of various institutions concerned about rural development in the region created the Chaco Argentina Agroforestry Network (Red Agroforestal Chaco Argentina – REDAF). Currently, consists of 15 organisations that work in the region, as well as people who, based on their experience in technical, political and academic fields, contribute to the cause.

Together, they help foster a better quality of life for rural and indigenous communities in harmony with the region’s natural resources. They also created a Land, Natural Resources and Environment Observatory, which seeks to monitor and spotlight instances of conflict over land tenure, deforestation and other environmental problems.

A recent paper published by members of REDAF warns that the major illegal deforestation campaign in the dry Chaco region is closely associated with the power of landowner-producers and provincial government agencies in charge of enforcing the Forestry Law. The latter, the paper indicates, authorise re-categorisations that enable the advance into areas that were previously prohibited.

The authors of the study highlight the need to develop policies that integrate economic, agricultural and environmental sectors in order to halt deforestation on the agricultural frontiers.

“Land tenure reform can facilitate forest protection, while incentives for land-use diversification and criminal punishment of illegal deforestation are key to changing producer behaviour towards more balanced forms of production and conservation,” the study reads.

HOW TO EMPOWER COMMUNITIES

“More than half of the remaining native forests in the dry Chaco region are located in indigenous territories,” said Micaela Camino, a young biologist who left Argentina’s capital Buenos Aires and settled in the Chaco region in order to develop scientific projects with a strong social agenda.

“It is necessary to create the conditions so that the communities can stay there and lead dignified lives because they are fundamental for the conservation of the environment.”

This is why she founded Proyecto Quimilero, a campaign to spread awareness of the importance of conserving an endemic species of peccary (Catagonus wagneri) that lives in the Chaco and is threatened by the loss of its habitat. This year, her work received one of the Whitley Awards, a distinction given by a UK conservation foundation to promote the protection of endangered environments around the world.

With the funding, Camino plans to strengthen her work with local communities, empower them to continue to inhabit their lands and stop large corporations from eliminating the forests that are home to this peccary and other threatened species.

“The wisdom of indigenous peoples is key to knowing and caring for the fauna and environment of the Chaco,” the researcher told FairPlanet.

To curb deforestation in the Chaco, the involvement of both governments and corporations will be crucial. New international regulations that will require traceability of products entering markets could force companies to adapt their production processes and adopt environmentally responsible practices.

These actions would not only serve to halt the advance of productive fields over native forests, but also help restore damaged environments.

To coordinate these processes by replicating models already applied in other parts of the world, the Tropical Forest Alliance (TFA) – a multi-stakeholder partnership platform initiated to support the implementation of private-sector commitments to remove deforestation from supply chains – recently created a programme specifically tailored to the Gran Chaco, with hubs in Argentina and Paraguay.

“The goal is to achieve zero deforestation in the value chains of commodities produced in the region, mainly soy and beef, from a productive and conservationist perspective,” Daniel Kazimierski, Gran Chaco Special Advisor and Argentina Coordinator at TFA, told FairPlanet.

“THE WISDOM OF INDIGENOUS PEOPLES IS KEY TO KNOWING AND CARING FOR THE FAUNA AND ENVIRONMENT OF THE CHACO.”

The proposal, which is funded by the Gordon and Betty Moore Foundation and supported by countries such as the UK, the Netherlands and Germany, consists of promoting collective actions that engage the productive sector and local governments.

The plan, which began in 2021 and will run for three years, aims to position the Chaco in different global forums to make its need for protection visible, as well as to create public-private coalitions to fuse production with conservation and obtain funding for these actions, granting incentives to producers who adapt their practices or restore environments.

The attention being drawn to the Chaco at the global level could be a positive step towards halting the tragic disappearance of its environments, wildlife and communities.

It will now be necessary to closely follow-up on the fulfillment of the commitments made.