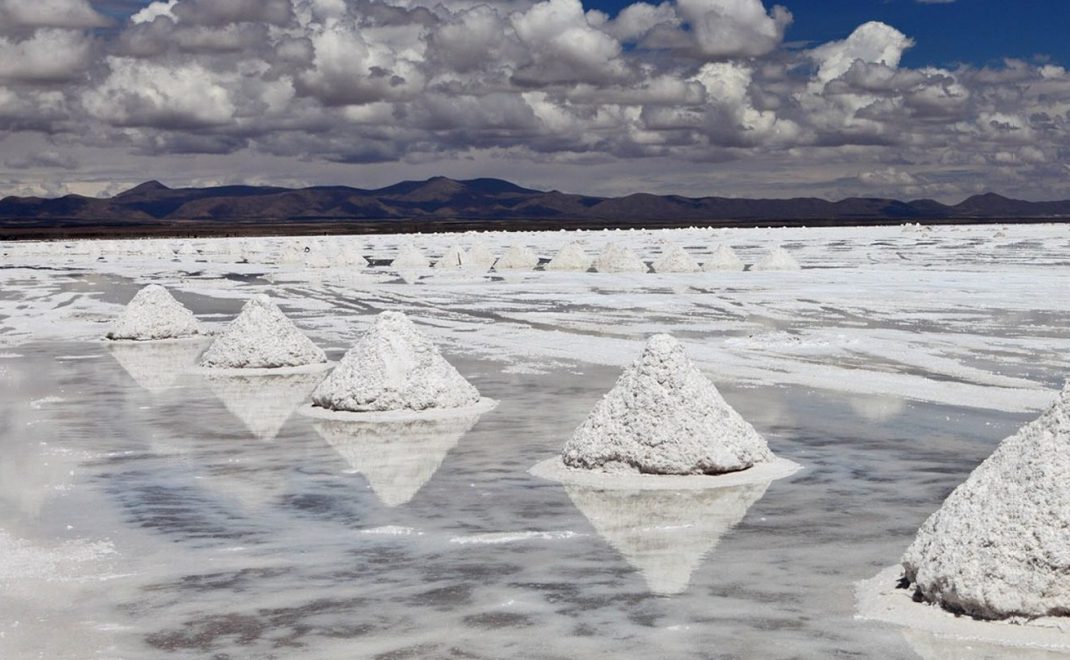 Lithium, a key mineral in the manufacturing of batteries powering electric vehicles, is found in abundance in northern Argentina, and companies from across the world are eager to exploit it. As provincial governments get their hopes up, indigenous communities and activists warn of the risks.

Along with Bolivia and Chile, Argentina has one of the world’s largest lithium reserves.

The mineral has been garnering rising attention in recent decades as it is one of the main components in the manufacturing of batteries, primarily ones used to store power in electric vehicles – a central pillar in the energy transition away from hydrocarbons.

Since the 1990s, foreign companies have been setting up operations in the country’s northwestern region to extract lithium, generating extraordinary profits that are not reflected in the local communities. All the while, the environmental implications of these extractive activities remain unknown, as the impact studies available are insufficient and outdated.

In Salta and Jujuy, two of the provinces where the salars from which lithium is extracted are located, indigenous communities are mobilising and demanding their right to determine what type of activities take place on their own territories. Some agree with the exploitation of lithium, while others reject it outright, claiming it threatens their way of life, traditions and ecosystems.

Unlike other places in the world where lithium is extracted from rocks, in the South American salars the mineral is easily accessible. It is obtained through a brine decanting process which despite involving some complexities is significantly cheaper.

However, the method has a high hydrogeological impact, as large volumes of water are used. The environments in which these salars are found are high-Andean wetlands, which are oases in the arid desert of the altiplano, and reservoirs of carbon that serve to regulate climate on both a regional and global scale.

In recent years, there have been unsuccessful attempts in Argentina to mount legislative protections for the country’s great diversity of wetlands. The latest setback came last month, when the governors of the Norte Grande succeeded in stopping a bill from advancing in the Lower House of Parliament.

The group, made up of representatives from ten provinces, including those with lithium reserves, issued a statement explaining why they believe that the current bill, which has been widely debated and analysed, should not go forward.

Meanwhile, around two thousand scientists and academics issued a public petition in which they refute each of the provincial leaders’ arguments.

While the price of lithium continues to rise and reach historic records around the world, internal debates in Argentina on the issue persist. With several nuances, different national and provincial governments in recent years have considered lithium as an opportunity, but there is no social consensus on what are the best ways to mine it.

The Constitution of the Argentine Republic establishes that natural resources belong to the provinces. This is the main tool that governors have to consider: That they have decision-making autonomy and establish their own agreements with companies. One of them, Gerardo Morales of Jujuy, went so far as to offer Elon Musk – the owner of Tesla – the lithium reserves of his province via Twitter.

Argentina’s mining laws date back to the 1990s and have not been updated since. They establish very low royalty margins, which means that companies that set up operations in the country make extraordinary profits with little oversight by the state.

For the time being, lithium has not been declared a strategic mineral in Argentina, which would allow for greater regulation of its exploitation. One of the more salient state actions in recent years has been the state-owned company Y-TEC‘s construction of a factory for the design and manufacture of lithium cells and batteries. This, however, is a long-term project.

“The lithium issue seems to be replicating in a new way patterns of Argentina’s insertion in international trade that we have historically seen in other primary products,” Ariel Slipak, coordinator of the research area of the Fundación Ambiente y Recursos Naturales (FARN), told FairPlanet.

“These are the same asymmetrical patterns where the economic benefits go to a few and the country is left with the socio-environmental problems linked to their exploitation.”

For a decade, the economist has been involved with groups that study the geopolitics of lithium in South America, and claims that this is an opportunity for a very limited group of actors.

“Only large transnationals and some very small local groups are benefiting,” he said. “The contributions that communities receive are very marginal, with mechanisms that are limited to a very small donation, such as a health centre or a community club, which appear in towns with the corporate branding.” He added, “This shows that power is very asymmetrical and that the social and economic relations that are established reproduce paternalistic patterns.”

According to Slipak, in order to reverse these models, it is necessary to increase the mechanisms for participation, consultation and information for communities and civil society.

The Salinas Grandes, located in Salta and Jujuy, is the fourth largest salar in the world, and is home to 33 communities of indigenous peoples who are demanding their right to decide on their territories. Their petition has reached the Inter-American Court of Human Rights (IACHR).

While waiting for a response on the case, they are trying to go on living with a semblance of normalcy. “The communities are facing enormous pressure, both from the companies that come daily to their territories to hand over folders with promises and requests for exploitation, as well as from the governments,” said Alicia Chalabe, a lawyer who specialises in human rights and represents the communities in their claim.

“There is an overwhelming urgency to implement projects to exploit lithium that conflict with the way of life of these peoples.”

These emergencies represent a gap for indigenous communities. “These are groups that continue to work salt in ancestral ways. They are mining cooperatives dedicated to the production and extraction of salt with a very particular harvesting method. They are also involved in tourism, which is very intense in the area” Slipak said.

“They are communities that stand out because they carry out permanent territorial management and oppose these projects because they believe that the arrival of the companies will produce changes in their culture, in their modes of production and in their way of inhabiting the territory.”